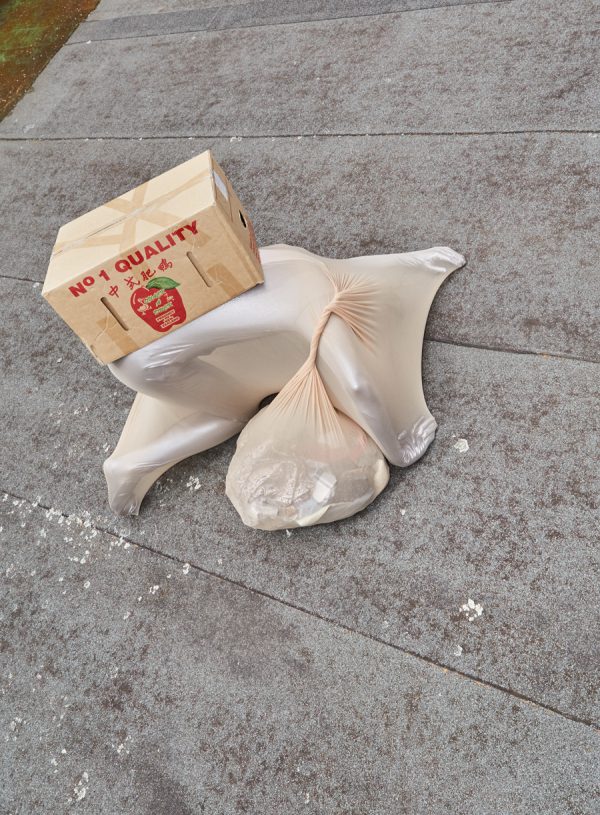 Xun Cao’s performance work, Fat Duck, will be in direct conversation with Alex Plumb’s video exhibition, Rosario, for one day. Both artists have exhibited together in the past alongside themes of normalcy and the body. This time round, Cao’s work will extend the conversation from Latin to Chinese queerness.

Queer culture in China has never been so popularly debated in traditional media. Media and newspapers call it ‘Pink Money’ in China. These media often use well-educated people, rich people, or hot looking queers, as examples to represent China’s LGTBQI groups.

The idea behind this live sculpture is to show a younger generation of queers how to be comfortable in an awkward space – and to not be afraid to show who they really are.

Born in China, Cao graduated with an MFA from Elam School of Fine Arts in 2016 and currently lives and works in Auckland. Cao’s work has featured twice within previous Auckland Pride Festivals, as part of the group shows I Hate You, I Hate You, I Hate You, Because I Don’t Hate You; I Love You in 2017, and Queering Ecologies in 2015.