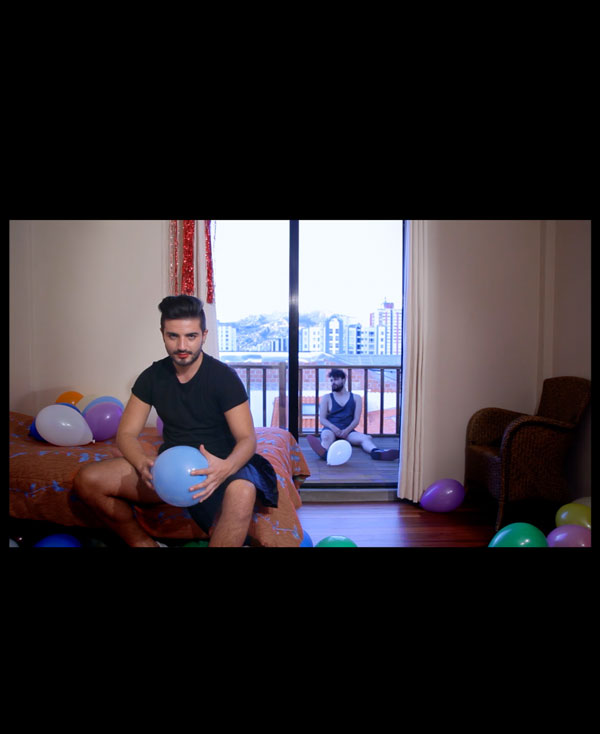 Still from Rosario by Alex Plumb.

Rosario deals with the representation of the ordinary and the everyday through a continuous play between the real and the imaginary, to question the relationship between desire and identity.

The AV Gallery will house a series of video works exploring notions of faith and fantasy in relation to Latin American culture. In particular, it will explore the power play between desire and identity in everyday life.

In the Little Gallery, a series of short videos will aim to reposition our encounter with images of bodies and gestures in space, to uncover the psychological dialogue present within the domestic mundane.

Alex’s multi-channel video practice attempts to amplify questions about the psychological interplay between the subject, the site of performance, and how the work unfolds in interaction with the viewer.

By working in the space between the real and the imagined; the familiar and the unknown, an ambiguous other emerges. It’s this sense of otherness that his works hinge on – continuously pushing and pulling at the viewer.

This ongoing motion attempts to collapse the everyday act, whilst uncovering the psychological dialogue that lies beneath.